On schedule, my Christmas Cactus begins blooming just before Christmas -- every year.  The cactus is a cutting of my Grandmother's plant.  I've had the plant since 1979 in one or the other of its iterations.

This cactus had rounded leaves -- not the spiky leaves found so often on the market nowadays.  It sets buds in my 3-season room when the temperature gets cold and the number of daylight hours diminishes.  I'm not sure which triggers blooming -- maybe it's a combination of both temperature and light. Moving the plant to another location, changing the temperature too much, or overwatering will cause the buds to drop.

I used to put the plant outside for the summer until one year I forgot it and left it out until November!  Many of the leaves were frosted but the plant survived.

When the plant gets too big for its place in the sunroom, I take cuttings and start a new plant.  The existing plant is probably the 3rd or 4th cutting generation from the original plant.  I think of the Christmas Cactus as a bit of my Grandmother that lives on.

I've gone native!  Now when I plan for next year’s garden, my mind’s eye no longer drifts to a specimen from a faraway place or a new cultivar limited to only a few customers.  Instead, I dream of Joe-Pye-Weed and black-eyed Susans and the joy of another native spring ephemeral.  I plan bee houses and bug hotels.  I let my leaves and plant stalks stand, and I rejoice at the site of a dragonfly or a new bee. 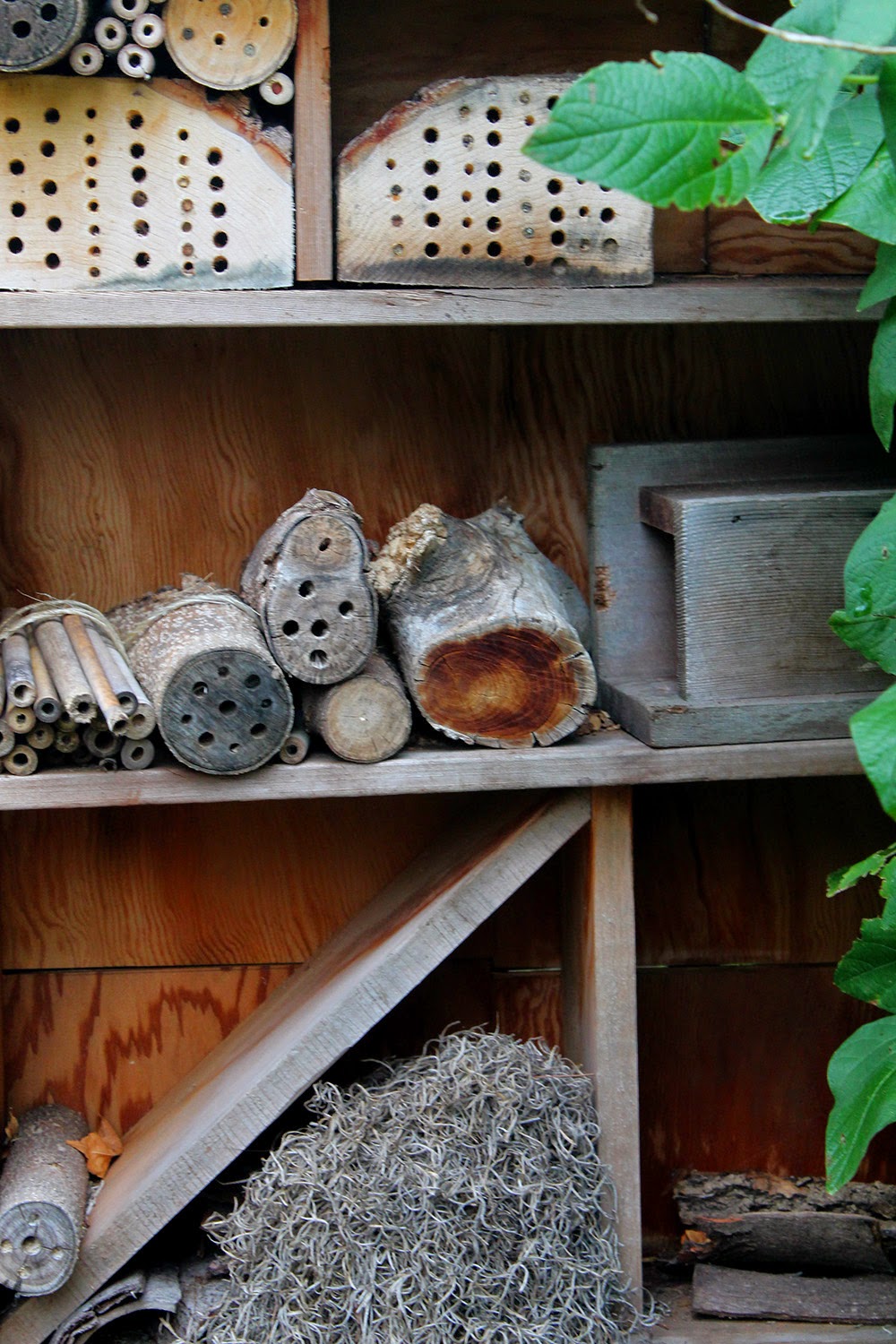 My conversion didn’t come overnight.  It crept up on me gradually and was scarcely noticed.  It came from rereading Sara Stein and Rachel Carson and from the words of Douglas Tallamy and from listening to David Suzuki.  It came as I looked at my garden and yard, my local area, my city, through their eyes and realized what had been lost. My local ecosystem had been converted to asphalt plains and plants that didn’t belong. Alien plants, sidewalks, paved roads and shopping plazas covered all that once was native and natural. How had this happened? How many species had been lost? Was the original ecosystem forever gone?

At first I complained and lamented that governments and damned capitalists were allowing our natural resources to slip away.  The blame for the situation rested squarely on the shoulders of a populace that did not care.  Letters to an MP, snippy tweets and interruptions into casual conversations were my modus operandi.  I pointed out to all and sundry that others were ruining what was once the glory and abundance of the natural scene.

Soon, I said, there will be no space for wildlife at all.  The natural flora and fauna will be gone forever, I said.  And it’s all the fault of the non-thinking public, I said.  The public has allowed this to happen, I said.

And then, like a slap on the side of my head, I realized that I am the public.  What happens to the local ecosystem is up to me.  Now with clear eyes, I reviewed my garden.  I saw the expensive aliens, the must-have cultivars, and the collection of plants from wherever that I had insinuated into the piece of the environment that I controlled. I noted the lack of any habitat for critters and creatures, and I was ashamed.

So…. I am doing my best to restore a sense of place to my garden.  I am welcoming back the life that once belonged in this space.  I’ve gone native.